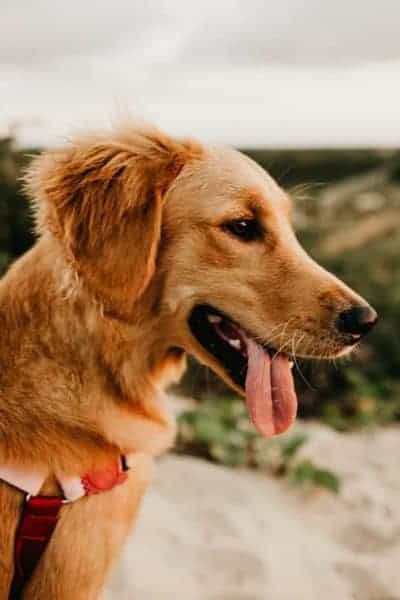 At what age do Golden Retrievers go into heat?

Golden retrievers, also known as the American Sweethearts, are wonderful and devoted companions to have around. Being voted as the top 3 famous dogs in America, everybody has to own one. If you’re raising a female Golden the first or planning on investing in her, you may be curious about the dog’s heat cycle. We’ve prepared this post, covering every facet that can help familiarize yourself with the heat cycles of your four-legged friend.

So when do Golden Retrievers have their first heat?

Well, her heat cycle usually kicks off when she is around 10 to 15 months old, but bigger breeds can start from 18 to 24 months. Smaller breeds might go into heat as earlier as 6 months, especially when they are around other dogs in heat. If she goes beyond 24 months without having her first cycle, then make sure a vet examines your dog as soon as possible to determine what’s potentially wrong with her.

What’s great about this kind of dog is that she will, often than not, have regular cycles after her first heat cycle. Tracking her heat cycles can help prevent unwanted pregnancy or prepare for it. And in line with, you need to keep in mind your Golden Retriever should not be bred the first time she goes into heat. It’s recommended to consider breeding when she is at least in her second or third cycle and after she has been checked by a vet.

When do Golden Retrievers go into heat?

Golden Retrievers tend to go into heat in the spring and fall season. But every dog is unique. The timing of her first cycle will pretty much depend on when she was born. The good news though your dog will exhibit some signs to give you a clue that the heat cycle has started.

What are the signs of a golden retriever going into heat?

When the dog nears the heating phase, she undergoes major biological changes. She will typically experience a high level of estrogen and other triggers leading to several changes, including:

How often do Golden Retrievers go into heat?

Your Golden Retriever will go into heat twice a year. It’s important to know pregnancy doesn’t affect her cycle. She will be ready to mate when the puppies are 4 or 5 months old. You may need to watch her closely to avoid litters of puppies and unwanted vet expenses.

You can buy some dog pants or diapers to prevent her from mating when she goes into heat. While the pants are not 100% full proof, they are excellent deterrents.

Another option is to lock away your best friend from potential suitors. Do this the day you spot some bleeding. Three weeks of lockdown are enough to pass the fertile period. If you have to go to public places with her, be sure not to let the dog out of your sight.

If you’ve already had enough puppies, you can consider a spray surgery to remove ovaries and uterus to prevent her from getting pregnant ever again.

How long are golden retrievers in the heat?

The heat cycle of Golden Retrievers can last anywhere between 2 and 4 weeks. The dogs go through 4 stages during their heat cycle – proestrus, estrus, diestrus, and anestrus.

In the following section, we walk you through the phases, highlighting every important detail you need to know.

On average, the beginning stage of the heat cycle lasts 7 to 10 days. Generally, the dogs can undergo proestrus for about 4 to 20 days. During this phase, you’ll notice some behavioral and physical changes in your dog.

She will have a swollen vulva, which is approximately 3 to 4 times larger than its normal size.

Also, the dog will have bloody discharge but she will try licking her genital area. The pheromones she produces will attract male dogs even from a mile away. However, she’ll not be interested in mating. She may appear aggressive if male dogs try to mount her.

This is a fertile period and it can last from 5 to 14 days, depending on the dog. At this stage, she will become receptive to male dogs. Often than not, your dog will move her tail to side as a way of enticing the male dog for mating. If you pay attention to her discharge, you’ll notice that it has changed from red to straw-colored.

Diestrus generally starts around day 24 and it can last for about 60 to 90 days. Your Golden Retriever cannot get pregnant during this period. The male dogs will be attracted to her scent but she may become more aggressive toward them if they attempt to mount her. The color of her discharge will change back to red and then the discharge will stop.

The estrogen levels return to normalcy at this stage, which typically lasts for about 4 to 5 months. The vulva also returns to normal size. Once this phase ends, it ushers in the first phase (proestrus). Well, the cycle will keep on repeating itself.

The more you become aware of your Golden Retriever, the more prepared you will be for her changes and care when she goes into heat. Although rare, some of the dogs can still begin a heat cycle, end it prematurely, and get into heat again after about two months. Your pet may experience this split-cycle during the first or second cycle before she can have well-established regular patterns. So, this should not be a reason for concern.

Nevertheless, if your dog has regular cycles and suddenly misses a cycle or two, the best course of action is to talk to a vet. Things like nutritional deficiency and stress can easily make her heat cycle to delay. But it’s good to be sure of the exact cause of the sudden change.

There you have it!