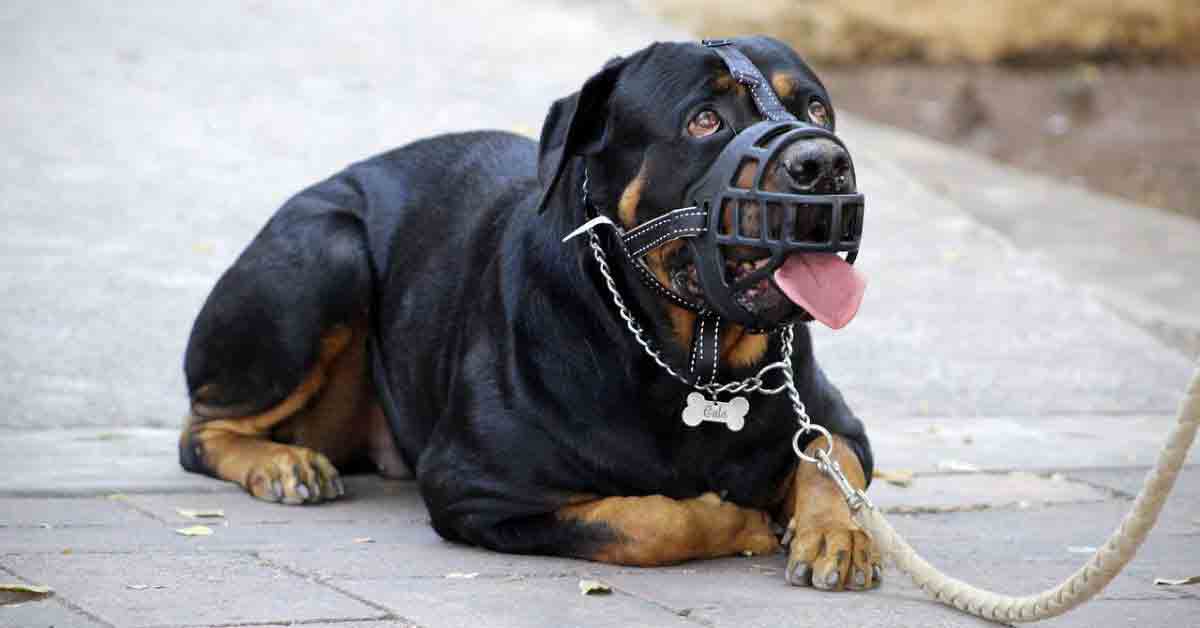 There are many dangerous dogs in the world, but some breeds are more notorious and vicious than others. Different countries have banned breeding of these dangerous dogs, mixing or even owning one.

In the United States alone, there have been 7480 fatalities from dangerous dog breeds since 2010.

Here is a list of the top 10 most dangerous dogs in the world!

Introducing the 10 most dangerous dogs in the world

Here is the list of the top most dangerous dogs in the world that have been known to attack and even kill people. Do not let the looks of these dangerous dogs deceive you, they are capable of some serious harm.

The American Pit Bull Terrier is the most dangerous dogs in the world and they account for 72% of fatal dog attacks in the United States. According to the New York Department of Health, over 22,000 dog bites were recorded between 2015 and 2021 in New York. Pit Bulls were responsible for over 79% of those cases which totaled nearly 18,000 serious injuries.

Pit Bulls are seen as ultimate gladiators because they utilize a” hold and shake” tactical bite to deliver wounds that can be deadly, that one of the reason why they are considered the most dangerous dogs in the world..

The Pit Bull’s ancestry includes the English Bulldog and the Staffordshire Terrier. They were bred to be fighting dogs in England and then brought over to the United States where they became one of America’s most popular breeds.

Countries where Pitbull is banned

Most dangerous dog in the world video

Statistic shows that Rottweilers were responsible for 8% of the fatal attacks in the United States between 2010 and 2019. This dog breed goes back to the Romans’ time, which makes them one of the oldest breeds.

In German, the Rottweiler are known as Rottweiler Butchers or Rottweiler Metzgerhund they were initially used as herd dogs.

Majority of Rottweilers are now used as guard dogs, police dogs, and even service animals.

They have an insane strength that makes them dangerous with their powerful jaws that they can crush anything they get ahold of, including human bones.

Countries where Rottweilers are banned

In America, Rottweiler are legal however countries such as Bermuda Islands and Ecuador have completely banned the Rottweiler. Other countries have placed restrictions on the breed including: Belgium, Denmark, Norway, Iceland, Sweden, and Australia.

You may also Like: Top 10 Best Dog Bike Trailers for Large Dogs

They are large, muscular, and aggressive by nature.

Cane Corso is a dangerous dog not to be messed with. It has a bite force of 700 psi making it the top three dogs with the strongest bite force in the world. Cane Corso descends from the molossoid dogs of Ancient Rome, which were used in warfare and as guard dogs.

The Cane Corso is not for first-time dog owners. They require an experienced owner who can provide firm, consistent training. Without proper socialization and training, the Cane Corso can be dangerous.

Countries where Cane Corso are banned

Cane Corso are restricted in some cities in the US including Arkansas, Colorado, Idaho, Kansas, Nebraska, Oregon, South Dakota, and Washington. They are also banned in several countries including Canada, Germany, Ireland, and France.

American Bulldog is one of dangerous dogs in the world. It is ranked number 3 dangerous dog breed in America.

American Bulldog is banned in many countries including Denmark and Bermuda Island.

The Japanese Tosa, also known as the Tosa-Ken, is a Japanese unusual breed that was used in combat and is now deemed dangerous.

16 countries have banned ownership of this dog due to its history of aggressiveness. For example, the Dangerous Dogs Act 1991 regulates ownership of the Tosa in the United Kingdom.

Japanese Tosa is banned in 16 Countries

In these countries it is illegal to own a Tosa without a special permit.

What’s the Bite Force of a Japanese Tosa?

Japanese Tosa has one of the deadliest jaws with a bite force of 556 psi.

The Tosa was originally bred in Japan during the 18th century as a fighting dog.

The Tosa is a large, muscular dog that can weigh up to 200 pounds. It has a short coat that can be black, brindle or fawn in color. The breed is known for its loyalty and courage, but it can also be aggressive if not properly trained and socialized.

German Shepherds are loyal, obedient, and protective, making them great guard dogs. However, their powerful jaws and large size make them a danger and if not well trained can be vicious.

According to dogbites German Shepherds were involved in 4% of the fatal dog bites in the United States in 2020.

These dogs are used as service dogs and are among the top five dangerous dogs in the world. They have a bite force of around 238 psi.

They are used extensively in law enforcement, search and rescue, drug detection, and as assistance dogs for the disabled.

You may Also Like: At What Age Do German Shepherd Stop Growing

The Doberman Pinscher is a courageous and vigilant breed that stands out among the world’s best protection dogs. It’s also a vengeful dog, which is one of the reasons it’s illegal in some states.

The Doberman Pinscher is a muscular and quick breed of dog. It was a popular security guard because of its strength and speed.

The Doberman Pinscher is considered to be one of the most dangerous dog breeds because it is built for aggression.

It is a fast and powerful dog that can easily cause serious injury or even death.

What’s the Bite Force of a Doberman Pinscher?

The Doberman Pinscher has a bite force of 600 psi. This is significantly higher than the average dog’s bite force, which is only about 300 psi.

Most insurance companies will not cover any damages caused by a Doberman Pinscher. This is because they are considered to be one of the most aggressive dog breeds.

Bandogs are not only powerful, but they’re also one of the top ten most dangerous dogs in the world. They’re banned in some countries for a reason – and it’s not just because of their impressive bite force of 730.

Bandogs are also known to be aggressive and territorial, making them a danger to both humans and other animals.

Bandog are excellent guard dogs however they are banned in many countries including Belarus, Romania and Switzerland due to their aggressive tendencies.

The Alaskan Malamute is a dog breed that is used for heavy sledding. They are also considered to be dangerous in the world because of their unpredictability and bite force, which is measured at 540 psi.

Some cities across the United States ban or restrict ownership of the breed because they can be unpredictable and not good for first time owners.

It’s a strong breed build for strength and endurance, which is why they were originally bred for sledding. However, this also means that if not properly trained or socialized, they can be aggressive.

While their temperament can vary from dog to dog, in general, Alaskan Malamutes are not a good breed for first-time dog owners.

Chow chows might look like big teddy bears, but they are actually dogs considered dangerous in many countries.

With a bite force of 220 PSI, these pups are not to be underestimated! Unfortunately, their aggressive tendencies have led to them being banned in many countries, including some states in the US.

There have been over 230 cases of chow chow attacks in America so far, and that number is only increasing.

The reason being is that if they’re not properly trained and socialized, they can be quite vicious.

So, if you’re thinking of getting a chow chow, make sure you’re prepared to put in the work! Otherwise, you might end up with a big problem on your hands.

Thanks for reading! Chow chow down, everybody. 🙂

Bite force is not a good indicator of a dog’s strength.

A dog’s skeletal structure and muscles are what give them their strength.

The size of a dog does not always dictate its strength.

There are many small breeds that can pack a powerful punch.

Here are the top ten strongest dogs, based on their bite force:

Why Do Some Dogs Pose a Danger to the World?

There are certain dogs that are considered dangerous in the world due to their aggressive behavior. However, there are also many factors that can contribute to a dog’s aggression.

For example, if a dog is not properly socialized or trained, they may be more likely to act out aggressively. Additionally, some breeds of dogs are more prone to aggression than others.

Pit bulls, for instance, are often considered the most dangerous dogs in the world because they have been bred for fighting. However, any breed of dog has the potential to be dangerous if they are not raised and cared for properly. It’s important to remember that all dogs have the potential to bite or attack, regardless of their breed or size.

Therefore, it’s important to be cautious around all dogs and never approach one that you don’t know. If you are ever attacked by a dog, be sure to seek medical attention immediately.

Thanks for reading! Chow chow down, everybody.