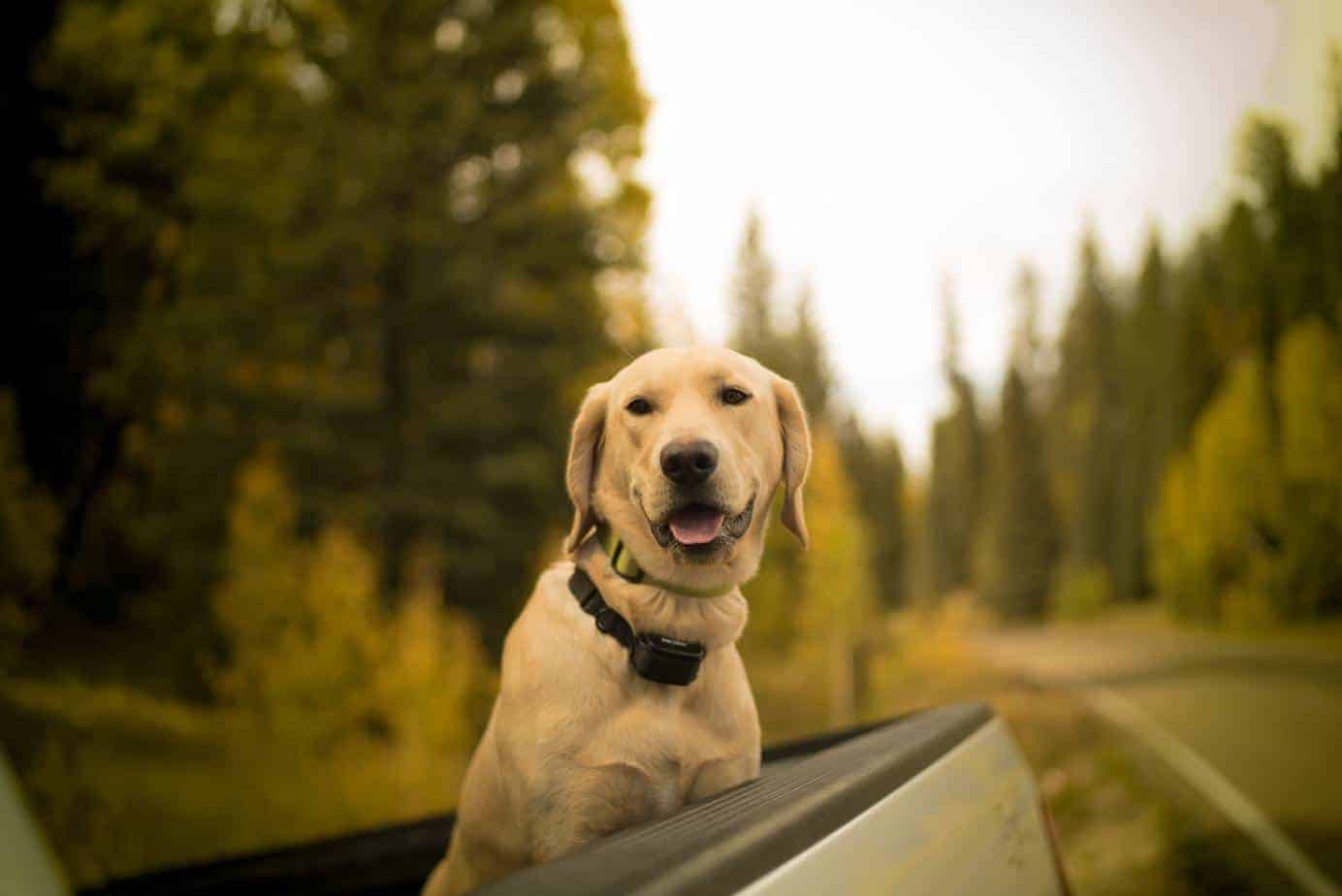 What introduction does the most popular dog breed in the world require? Everyone has seen a Labrador Retriever playfully interacting with its family.

It turns out that this breed has other impressive qualities that most people don’t know about. The Labrador Retriever is a professional hunting dog.

This breed comes from hard-working hunting dogs that could spend hours on end hunting different species of birds.

While your Labrador Retriever family pet only brings you your slippers and Sunday newspaper, we should know that their ancestors chased ducks, pheasants, and other wild birds.

This is where the “Retriever” part of its name comes from.

How did Labrador retrievers get their name?

The Name “Labrador” comes from the Labrador Peninsula, but to understand the origin of the breed we must look to the island off of its southern coast, called Newfoundland (Terranova).

The rich history of this island dates back to the XV century when the Dorset Eskimos inhabited it.

In any case, the Labrador didn’t reach the island until the 17th century, when the place became a refuge for rebel fishermen.

It is believed that these fishermen moved up the coast after abandoning their ships. Because fishermen are usually free spirits, the island remained lawless and without formal government authority for the next 2 centuries.

Years ago the Labrador Retriever was called the “small Newfoundland dog” because it was supposedly related to the original Newfoundland breed.

But this breed, well known by dog lovers, is bigger, has abundant hair, strong bones, and is more directly related to the Mastiff. A physical characteristic that these two breeds do share is that they have webbed toes.

What were Labradors originally used for?

The climate and terrain in Newfoundland are harsh, to say the least, which requires that a dog have firm foot support, resistance, and be able to float. The size of the Labrador was very important as well, as it could fit in the boats without getting in the way.

Due to their webbed toes, the Labradors were incredible swimmers, even in the gelid and inhospitable North Atlantic waters. Among other traits that were vital in order to survive and thrive in this land, was the thick waterproof coat characteristic of the breed. Another trait was their wide chest, necessary to swim through the strong waves and Atlantic currents.

As the island was rich in wild animals, the fishermen could use their Labradors to hunt birds and other species, enabling them to have a more complete and varied diet.

At first, the Labradors were not the only dogs on the island, as the settlers had brought other breeds with them. But, as the Labrador’s reputation grew, the other dogs were replaced by them.

They were by far the favorites of hunters and sportsmen, because of their disposition and special skills. Retrievers soon replaced Setters and Pointers, who had previously accompanied hunters.

Today the Labrador Retriever has 3 acceptable colors, black, yellow, and brown, while the Newfoundland dogs have always been predominantly black.

These fairly small dogs were sometimes called St. John’s water dog and were considered by far to be “better than any other dog for hunting&uml.

A frustrating fact for this breed’s enthusiasts is that the inhabitants of Newfoundland didn’t keep any record of these dogs that they blindly trusted. The survival on the island required such intensity and effort, that they didn’t have free time to keep records of this sort.

The Labrador arrives at Great Britain

The second and third Earls of Malmsbury is credited with being the first to export these St. John’s water dogs from Newfoundland to Great Britain. In those times (circa1825), these dogs were sometimes called small Newfoundland dog.

The third Earl, who was the pioneer breeder of these dogs, finally changed their name to Labrador Retriever.

These aristocrats and others like them maintained the purity of the Labrador, breeding them only with imported dogs from Newfoundland, who had exceptional swimming, hunting, and fighting skills.

It is also said that if you took a St. John’s puppy and reproduced it with another breed, it would generally maintain the aspect of the Labrador: Short black hair, a tail that does not curl, and webbed toes.

Around 1870, the breed was described as symmetric and elegant, and its character was praised and considered vital for the utility of the Labrador.

There is no doubt that the commitment of the first breeders to obtain a trustworthy character contributed to the great popularity of the breed as a family dog.

In 1903 the Labrador Retriever was recognized as a breed dog by the Kennel Club (Canine council of Great Britain). The next year, the breed was classified within the Hunting Dogs Group.

Retriever dogs were not separated by breeds at that moment. It wasn’t until 1904, that the Labrador Retriever was listed separately, and the Kennel Club began to differentiate between the breeds.

There is some confusion in the records of those times since some dogs were called “Golden” and others “Labrador” with no consideration regarding the length of their coat. So, the Golden Retrievers could have been yellow Labradors.

The first Labrador Retrievers to arrive in America

North America must thank the dog breeder Lady Howe for exporting the first Labradors to the continent. The first animals arrived to Canada and then Lady Howe shipped them to Long Island, New York.

This happened shortly before World War I. Long Island offered the ideal landscape for the working Labrador Retriever, because of the abundance of aquatic birds, undulating coasts, and extreme temperatures.

For this reason, it didn’t take long for upper-class families and farmers to start using them for hunting-related activities.

The qualities of the Labrador Retriever have made it one of the most popular and beloved family pets, but it is still a great exponent of sport hunting and dog shows with a great temperament and good life expectancy.

Summary: Where do Labrador Retrievers come from

The Labrador Retrieves first originated from Newfoundland and later shipped to Great Britain.

link to Do Black Golden Retrievers Exist? [Fact or Fiction]